It is our mission at MBM to foster and develop new talent, building careers, whilst never forgetting that it is all about the music.

MBM is proud to represent some incredible and elite emerging talent. We focus on artists who inspire us both on stage and off as performers, as gifted musicians and as people.  We do not limit ourselves by genre.

We are currently working with the incredible Wildwood Kin who were the first signing on Sony's Silvertone label, with CoCo and the Butterfields who, already established as festival favourites, are now building a reputation as phenomenal recording artists, and with Dan Steer, lead singer of rock band Reigning Days and a gifted songwriter in multiple genres signed to Peer Music Group.

MBM  was formed by  Sarah Woodward who ran the highly acclaimed classical re-issues label Romophone.  She has recently been joined by David Rowell and Richard Engler of Autonomy Music Group based at Tileyard Studios in London and Luke Gover-Rainbow who fronted his own rock band Someday I and ran Big Red Studios 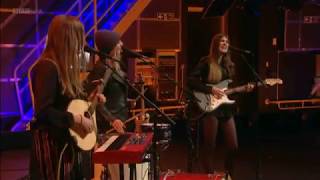 Wildwood Kin joined the incredible roster of artists to have appeared on the Old Grey Whistle Test hosted by the legendary Bob Harris in March on BBC 4    Watch their performance  ... 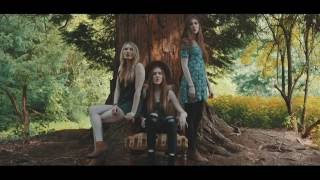 Wildwood Kin's debut single Warrior Daughter has gone straight onto the BBC RADIO 2 playlist and has notched up almost 1,000,000 streams on Spotify.  Watch the video here! ...

Wildwood Kin announce Seth Lakeman tour dates In December, Wildwood Kin will be joining violinist singer/songwriter Seth Lakeman on his UK tour.  They will also be singing on his next album release Click here for dates:   ...